The Latest Treatment for Erectile Dysfunction That Really Works 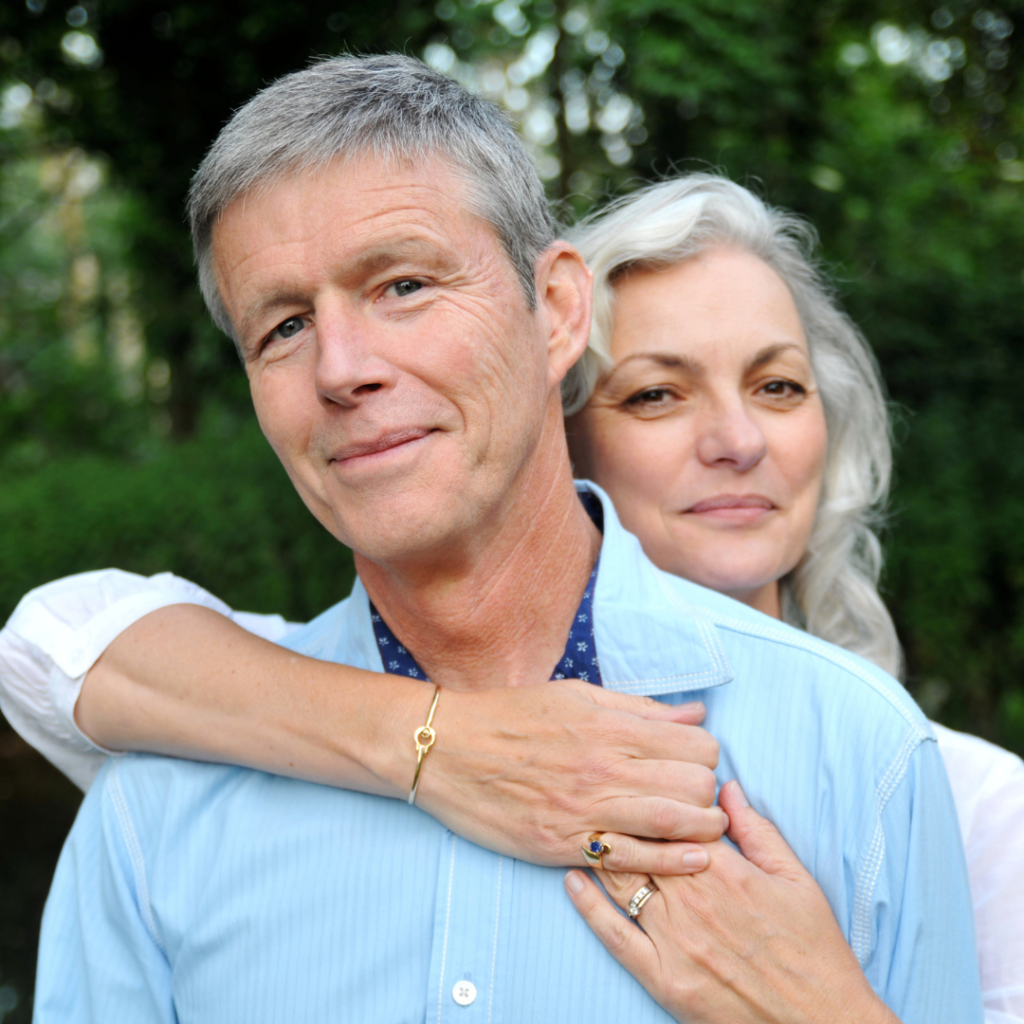 Many men experience erectile dysfunction (ED) as they get older but age is more of a risk factor than a cause. Some men get ED due to a treatable health condition or lifestyle factors, while medications and mental health issues frequently cause ED in otherwise healthy men. If you are struggling with ED, there is hope! Proper diagnosis and care, lifestyle changes, being proactive about mental health and innovative treatments for ED are the key to restored erectile function and a happy, healthy sex life.

What is erectile dysfunction (ED)?

Basically defined, erectile dysfunction refers to the inability to get and maintain an erection or hard penis long enough to have sexual intercourse. ED is also very prevalent, affecting about 30 million men in the United States, according to the National Institute of Diabetes and Digestive and Kidney Diseases (NIDDK).

If you know what’s it like to have erectile dysfunction, you may also be wondering: how long can the average man stay erect? The duration of an erection varies from man to man but in general, most healthy men can expect the average erection to last around 10 minutes, which is certainly long enough to have sex. Of course, some men are naturally able to last longer, while others take oral ED medications to help sustain erections long enough to have sex.

Some men also ask: can one have a satisfying sex life with erectile dysfunction? Many couples do find ways to be intimate without having intercourse (hand massage, oral sex and so on) because having a full erection isn’t required to ejaculate and achieve an orgasm.

However, my question to those men is: have you identified the root cause of your ED (because the root cause may be treatable) or explored alternative treatment options to erectile dysfunction medications? ED medications don’t work for everyone but that doesn’t mean you don’t have options. (More on ED treatments below.) 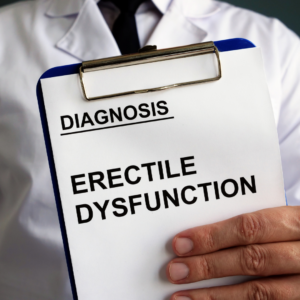 As I mentioned early in this blog, age is a risk factor for ED but it isn’t the cause. According to NIDDK, a variety of factors can disrupt the function of the vascular system, nervous system and endocrine system that may cause erectile dysfunction. These include:

Diseases and health conditions that cause ED

Medications that cause ED

IMPORTANT: Always speak with your healthcare practitioner before discontinuing a prescribed medication or supplement.

Mental health issues that may cause ED

Lifestyle factors that may cause ED

How is erectile dysfunction treated?

Since erectile dysfunction can result from a variety of factors (as noted above), it’s critical to speak with your healthcare practitioner when you start experiencing symptoms of ED. He or she can then determine the root cause of ED and prescribe treatment accordingly.

For example, if a prescription medication is to blame for your ED the practitioner could prescribe an alternate medication or form of treatment. On the other hand, if you live an unhealthy lifestyle the practitioner can provide guidance on how to deal with addictions, lose weight or find an exercise plan that works for you. Men who have erectile dysfunction and suffer from low testosterone often find their ED resolves following hormone replacement therapy.

Now, I know many men asking how erectile dysfunction is treated are inclined to want to know what pill they can take for ED, what are Viagra’s side effects or what ED medications have the least number of side effects? Others may want to know how to maintain an erection without pills.

Let’s talk about medications to treat ED and their side effects first. The most popular type of drugs used to treat erectile dysfunction today are phosphodiesterase type 5 inhibitors (PDE5 inhibitors,) including Viagra (sildenafil), Cialis (tadalafil), Levitra (vardenafil) and Stendra (avanfil).

While PDE5 inhibitors have helped many men suffering from ED to achieve erections firm enough and long enough to have sex, they do come with downsides and side effects (just read the labels). The downside of ED drugs is they only provide temporary relief, and you have to plan ahead to use them—they do NOT cure ED. The side effects of these drugs are also well known.

Some men who use PDE5 inhibitors for ED experience vision changes, nausea, headache, back pain, painful limbs, muscle aches and rash, among other side effects. In addition, oral ED meds don’t work for all men with ED, and priapism (an erection lasting longer than 4 hours) is a risk that may occur with oral medications for erectile dysfunction.

Aside from oral medications, there are other treatments available that may help alleviate ED in some men, like penis pumps (some men experience discomfort and bruising) or penile implants (usually recommended as a last resort).

If mental health issues are making it difficult to maintain an erection or perform sexually, oftentimes, speaking with a mental health professional can work wonders. Men shouldn’t be embarrassed to speak with a practitioner about ED and should be open about any depression, anxiety or performance fears they have. Overcoming that hurdle is often the first and best step forward to a better sex life.

The latest treatment for ED you need to know about 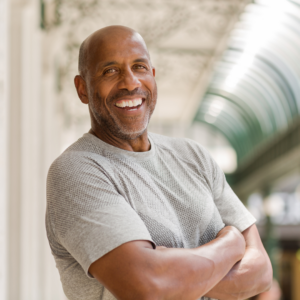 If you’re wondering how to get harder erections and is there any natural solution for erectile dysfunction treatment, we’ve got great news. Especially if you’re looking for an ED treatment with few to no side effects and want to know how to maintain an erection without pills. That treatment is called Acoustic Wave Therapy.

What is Acoustic Wave Therapy (AWT) and how does it help alleviate ED? Also known as low-intensity extracorporeal shock wave therapy, AWT uses a medical device to transmit sound vibrational waves into the penis, which has been shown to stimulate the tissues of the penis and promote healing.

For many men suffering with ED due to poor blood and oxygen flow in the penis, Acoustic Wave Therapy helps repair dysfunctional blood vessels by removing plaque in the arteries and promotes new blood vessel growth by improving oxygen and blood flow. It can also be used to treat Peyronie’s disease (which can cause ED) and enlarged prostate or benign prostatic hypertrophy (BPH).

Several studies support the benefits of Acoustic Wave Therapy for erectile dysfunction. A 2019 study showed that low-intensity extracorporeal shock wave therapy was not only safe and effective, it was also long-lasting.

A different study on men with ED who failed to respond to PDE5 inhibitors revealed that 18 months following shock wave therapy treatment 63.5% of men were able to achieve an erection sufficient to have sex, and no side effects were reported. This study also found that the treatment worked best for men with moderate ED, ages 45 or younger and those who had been experiencing ED for 2 years or less.

Learn more about Acoustic Wave Therapy and how it works here.

Maintain an erection without pills with Acoustic Wave Therapy at EVEXIAS

If you’d like to learn more about long-lasting treatments for ED that don’t involve prescription meds, we can help. Our experienced EVEXIAS healthcare practitioners can work with you to discover the root cause of your erectile dysfunction and determine whether Acoustic Wave Therapy or another ED treatment may be a good fit for you. Contact us to learn more!

Unsaid: What Your Doctor Isn’t Telling You About Menopause 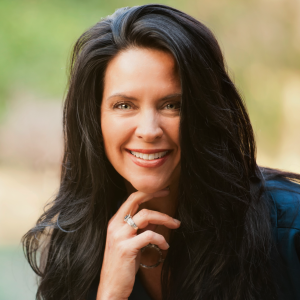 Speaker, Author, and Board-Certified Nurse Practitioner, Dr. Terri DeNeui, DNP, ACNP, APRN-BC, has extensive training in her field. She earned her B.A in Nursing from Texas Women’s University and her Master’s and Doctoral degrees at UT Arlington. In addition to her training in acute and emergency medicine, she has extended her education to include certifications in Preventative Wellness Medicine, Functional Medicine and Hormone Replacement Therapy.

Unsaid: What Your Doctor Isn’t Telling You About Menopause

Menu
Menu
Menu
Menu
FDA Disclaimer: This website is for educational purposes only. It is not intended as a substitute for the diagnosis, treatment, and advice of a qualified licensed professional. This site offers people medical information and tells them their alternative medical options, but in no way should anyone consider that this site represents the practice of medicine. This site assumes no responsibility for how this material is used. Also note that this website frequently updates its contents, due to a variety of reasons, therefore, some information may be out of date. The statements regarding alternative treatments for cancer have not been evaluated by the Food and Drug Administration.
Copyright © 2021 Evexias Medical Centers. All Rights Reserved.
Menu